2 in stock (can be backordered)

Type SDH is a robust folded dipole of exceptional bandwidth suitable for
mounting on the side of a mast or tower. Electrical connections are fully
sealed. The integral balun minimizes interaction between antennas on the
same mast and prevents distortion of the polar diagram by feeder radiation.
Two or four SDH dipoles can be stacked vertically and fed in phase to give
an all-round gain of 3dB or 6dB respectively. (Refer to Base Station Antennas
Application Notes). Due to the wide bandwidth characteristic of this
antenna, it is possible to use one antenna for both transmitting and receiving
without introducing any loss. The received signal response of type SDH is
flat to more than 20% of the center frequency 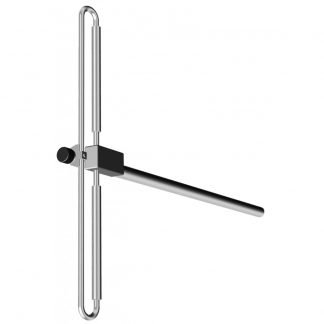